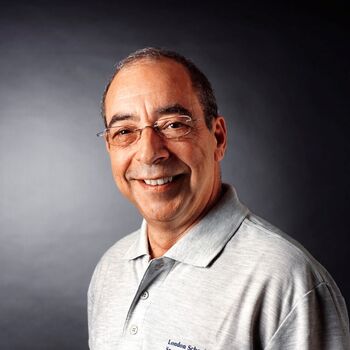 In the early 1980’s, as a serious Marathon runner and Triathlete Mel discovered the benefits of self-massage which helped him recover better from training and competition. Realising its potential he decided to pursue this as a career.

Massage courses were very basic in those days but he soon started to develop his own skills to better meet the needs of the athletes and dancers he was treating. His reputation grew and his clients included the British Heavyweight Boxing champion at the time, Frank Bruno and the World renowned prima Ballerina Sylvie Guillem (and they don’t come more different than that). He also works with recreational athletes of all standards.

He wrote the first book on Sports Massage in 1988 and followed this up with the first school to teach it. Since then he has written another three textbooks and set up the Institute of Sport & Remedial Massage to spread his qualification more widely.

But there is more to life than sport and Mel has clients from all walks of life with the widest range of musculoskeletal problems caused by all manner of stresses, including terminal medical conditions.

He strongly believes in an evidence-based biopsychosocial framework of care. He doesn’t treat “injuries”, he treats “people” with injuries and does not follow any routine treatments or procedures because no two people are ever the same.

He is the pioneer of the industry in the UK and is also regarded as the World’s leading authority on Sports Massage and Soft Tissue Therapy.

Mel Cash will be speaking at the following sessions.